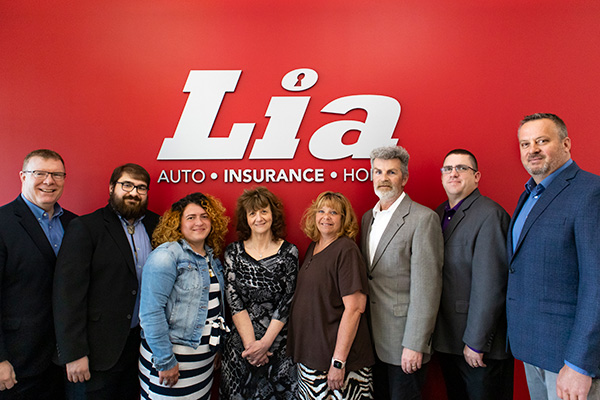 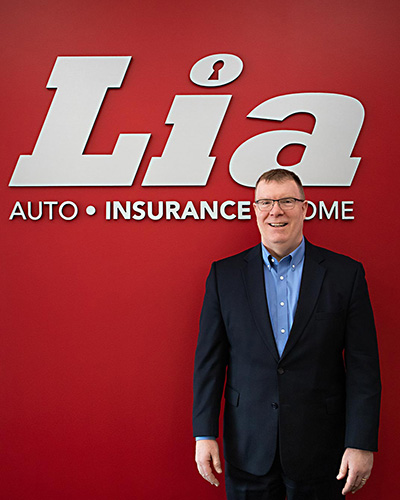 Joe is a graduate of UAlbany where he studied communications and business, as well as playing football for the Great Danes. In his senior year he was voted as a co-captain by the players and coaches. Joe is an avid motorcycle fan, and as long as the ground is free of snow and ice, you can find him riding it not only to work, but in the warmer months weaving through the New Hampshire White Mountains. Some days, he’ll leave the house as the sun is starting to rise, and ride a few hours until he finds a remote area by a river. Here he’ll set up a chair, his camping stove, and sip freshly-brewed coffee and a bowl of oatmeal as he absorbs the peace around him---he’ll then pack up again and return home, happy he got a ride in and still have time to do all his chores and yard work at home.

A family man, Joe has been married for over 28 years and is a father to two great children, who he is happy are following their passions in life. His daughter is an attorney at a big firm in Boston, and his newly-graduated son works at another NY college managing the school’s eSports program.

With each having had a pet in the past and a new house on 15 acres, during the pandemic Marie and her husband decided that it was a great time and place to adopt a dog---a big dog, they had decided. With a history of border collies, German shepherds, and labs, the two decided to search for a black German shepherd. Deciding on the size and breed of dog was the easy part; the challenge lay in the naming. Marie had always wanted a dog named Jack, and her husband loved the name Zeus. But like two equally-strong dogs pulling opposite on a braid of rope, they were deadlocked. There was only one clear course of action: get two dogs, of course.

In February of 2021, Marie and her husband ventured to Hadley, NY to pick up their two new buddies. But which two? Surrounded by a litter of 9 black pups, the choice was nearly impossible. Luckily, the dogs made it for them, as pets often do. One ball of energy, with big brown eyes and a floppy ear, meandered over and started to nibble on a shoelace---this became Jack. Waiting patiently, Marie's husband met his match. The future Zeus walked up and cocked his head, ears straight up, imprinting himself on Marie’s husband.

Now, the dogs weight over 100 pounds. They've been in puppy school, but the real struggle is finding a toy that will last more than an hour or two, or a treat that won't be devoured in five minutes or less! 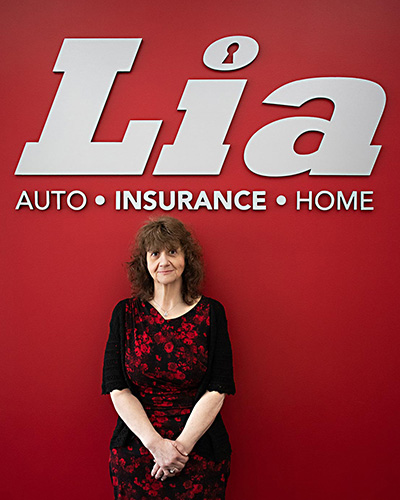 Tim is an avid gamer, and enjoys games of all kinds. In the heat of summer, he’s firing water balloons at his friends in the park. On weekends, he’s the Dungeon Master for his D&D campaign, where he and his friends try (and often fail) to defeat an evil vampire lord. He’s taken up more complicated tabletop games like Catan or Gloomhaven. “I like the feeling of mastering a complex game system that was once all gibberish to me,” and finds it a lot of fun to strategize the long game, and flip it on its head in a game like Risk. His love of fantasy extends beyond the board and bleeds into the book, consuming a SciFi/Fantasy novel a week. While he enjoys new books, he often returns to reread his favorite SciFi classics by Asimov, Clarke, and Huxley. Finding romanticism in the imagery of a rocking carrack or fluyt sailing ship on tumultuous seas in a storm, he’d much rather sit in his armchair and live vicariously through the characters in CS Forester’s naval historical fiction series Hornblower, rather than attempt the heroics himself.

In high school, Tim travelled to Germany as an exchange student and found himself getting into trouble on occasion. Having been the only one to study the subway maps in Munich, he brought his entire class and chaperones safely back to their hostel after getting lost in the underground system. He and his friends got in trouble for belting Queen ballads too loudly. The show must go on! He aims to return to Germany someday to appreciate the museums he didn’t enough as a teenager. 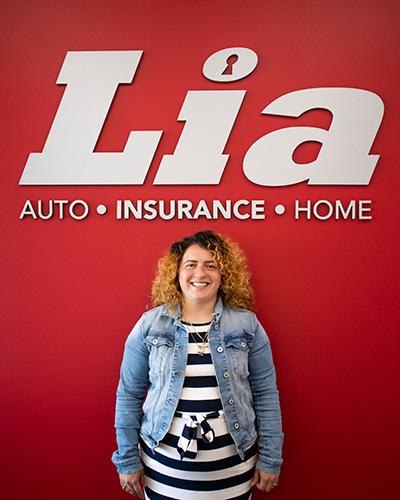 Sale "Sally" is relatively new to the Insurance world. She decided to pursue her Personal Lines Insurance license after the birth of her third son; she spent 10 years in the medical field where she worked in a nursing home. She loved taking care of her elders and she learned much from what they had to teach her, most notably the virtue of patience. She loves customer service and makes sure to go the extra mile for her patients and customers. Her own insurance broker is the one who hired her to work for him. “Every time I came in to pay my bill, he was always pitching me the job.” She recently added a fourth baby to her beautiful family, and will continue her family tradition of traveling to Wildwood, NJ with her family for her son’s birthday. They love the ocean and the boardwalk!

A lifelong Capital Region local, Justin is a father, grandfather, dog-dad, and happily-married husband of 24 years. His son and two grandsons reside in Colorado, and Justin loves to travel there to spend time with them. Closer to home, he spends much of his free time with his nieces and nephews. He loves the outdoors and likes to spend time boating, golfing, fishing, and going to root for the Yankees at Yankee Stadium. At home he can often be found with an apron on, standing in front of the grill smoking or cooking meat, which he finds soothing. His black lab Max is probably at his side, begging for piece of sausage. He loved his vacation in Jamaica and can’t wait to go back. But Justin doesn’t just love to travel internationally, you can find this pizza connoisseur roaming the Capital District trying pies in his valiant quest to find the area’s best pizza. If he ever found his pockets full with Powerball winnings, he’d make sure to help out friends, family, and those less fortunate than himself. 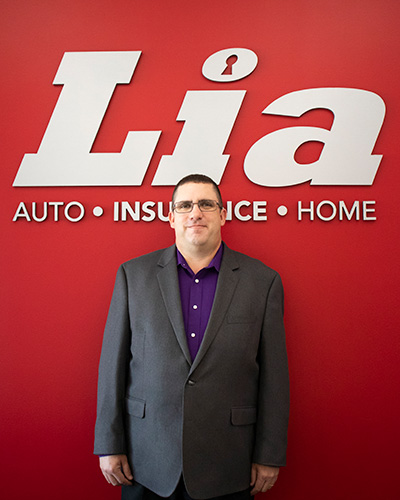 Born and bred in Troy, NY, Sean is father to four daughters, two of which were born in Nashville during his six years living there as part of a job relocation. Facing an empty nest next year, his youngest will be attending university in the fall. His house won’t, however, be quiet thanks to his 7 year old German Shepard Toscana. She’s been a fun addition to the family, and having to retrain her has been an interesting experience since she was re-homed from Germany. As a family, they enjoy spending time boating, fishing, hiking, swimming, and everything outdoors at their cabin on Lake Champlain. During the “dark months,” Sean and his extended family spend time eating pub fare and belly-laughing during competitive family poker nights.

On his own, he enjoys comedy specials by his favorite comedians, Andrew Schultz and Bill Burr. He finds cooking therapeutic, be it BBQ or a meal kit from HelloFresh. He finds inspiration in the sacrifice and patriotism in the story of the late Pat Tillman, NFL Arizona Cardinals safety-turned-US Army man in the wake of 9/11.

When prompted with the question of what he’d do with a MegaMillions payout, Sean explained that he’d remove himself from the everyday hustle and bustle and go to a comfortable place, and then in a maniacal turn of events, he’d create a treasure hunt. Hiring someone to bury an abundance of treasure, he’d supervise the creation of a difficult, curious, and possibly dangerous treasure hunt for the loot. Tracked for entertainment, half of the bounty would be donated to those in need. 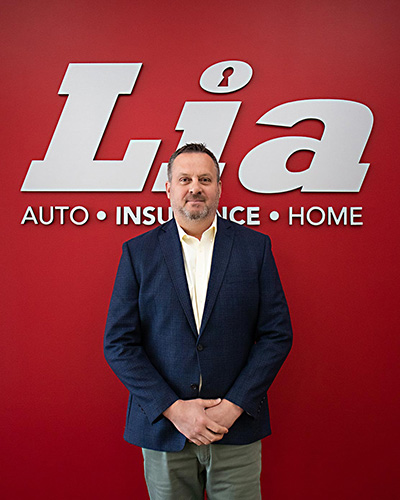